Query letters are the author's foot in the door. The introduction, the first impression, and often the only chance a writer gets with an agent. So needless to say, the quality and the completeness of the query is quite important. Most authors know this, and accordingly do extensive research and put a lot of work into drafting a letter that is as perfect as they can muster. And so they should, because they will often not get a second chance to make a good first impression.

Yet, in spite of the importance of saying and including the right information to portray oneself in the best possible light, many authors fall pitifully short of meeting the basic requirements for a successful query. I personally think that there is no reason whatsoever for this to be the case. Or should I say...there is no excuse for it.

When it comes to queries, no author should get it wrong. There are simply too many resources out there and, as one would suspect, there is never a shortage of information on the internet. Any blog, article, interview, report, posting by an agent will usually provide enough information on what should be included in a query and how it should be organized and drafted. Many of their pages, even published authors' Webpages include samples. (Go to Nicolas Spark's Website. His website is probably one of the best. He includes all sorts of advice and resources. In fact I often tell my authors to set up their pages in a similar way. Mr. Sparks has some terrific samples of his own queries on the site. I think that they are some of the best that I've seen.) There are also, of course, a number of very helpful books as well. See Lori Perkins' "The Insider's Guide to Getting A Literary Agent" and "Guide to Query Letters" by Burt Thomas.

What do I look for in a query? Its simple. Your letter should tell me about your novel. It should give a brief summary of the plot, the genre, and the word count. You should tell me why the novel is so special that your target market will want to purchase it. If your novel resembles another novel, or a mixture of novels or movies, let me know. Then you should tell me about yourself. Include any information that is relevant to selling your book such as your training, awards, other works you've written, and anything that you've published.

Also, just as important as the substance, is the format of your letter. Your letter should not only be well written, but it should be neat and easy to read. Use one font, no italics, no bolding. Use a typical letter format. That includes a header, paragraphs and your signature (you'd be surprised at how many people exclude their e-signature). Don't cut and paste things from other sources because that often makes the letter choppy and difficult to read. No literary agent has the time to spend twice the amount of time on a letter trying to figure out what you're saying...and most wont.

One of my major peeves is when a letter starts by talking about a character as if we were in the middle of a conversation. No letter should start by saying, "She was hot, it was a balmy southern summer day...." Some sample letters out there actually condone this. Please don't do it.

The letter is just that, a letter, and so it should flow as such. Don't miss your chance to show a prospective agent that you can write, organize, promote, and be a good professional. 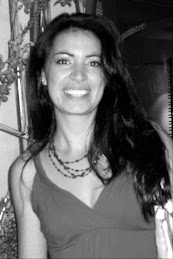 Promote Your Page Too

Promote Your Page Too